The Supreme Court Takes a Stand on Sales Tax 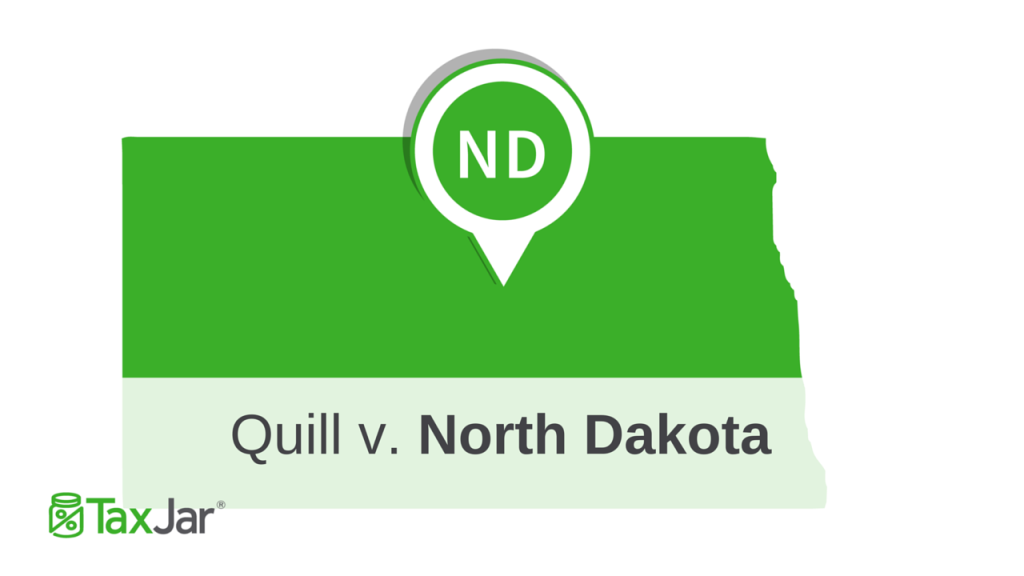 Most online sellers who have looked into sales tax at all are familiar with the Quill v. North Dakota Supreme Court decision. It is one of most referred-to rulings from the Supreme Court, especially with how large the online market has become. But what exactly did the decision state and how is it being affected today, most recently by the newest ruling of Direct Marketing Association v. the Colorado Department of Revenue.

First of all, the Quill decision happened way back in the early 1990s, when Quill, an office supply company, went to court against the state of North Dakota over the issue of nexus. Quill maintained a software program that allowed their customers to order supplies and have them shipped directly. They didn’t have any physical presence in the state like a warehouse, office, or even delivery vehicles, however, the state of North Dakota argued that the floppy disks that Quill’s customers had counted as a ‘presence.’  This case went all the way to the Supreme Court, where the ruling came back that the state couldn’t make a claim on sales tax for Quill, because they did not have a physical presence in the state. This hearkened back to an earlier ruling from 1967 that was about mail or ‘common carrier’ commerce.

So what is happening recently with this decision?

Beginning in 2010, a trade group, the Direct Marketing Association, challenged a Colorado law which sought to have out-of-state merchants report to their customers to the state taxing authorities. Colorado sought to have the customers pay taxes on those purchases. To enforce this, they wanted sellers – even sellers who were based out of state with no sales tax nexus in Colorado – to report Colorado buyers to the state of Colorado.  The argument originally went before a federal trial court which agreed, but then the United States Court of Appeals for the 10th Circuit, in Denver, ruled that the lower court didn’t have the jurisdiction to hear the case. On Tuesday, March 3, 2015, the latest decision was made by the Supreme Court in the case. It addressed which court, federal or state, could hear the case and reversed the Court of Appeals decision. This case isn’t over – it will just go back to a lower court, so check back here for updates as they unravel.

But what does it all mean? Well, nothing overly consequential was changed in the Supreme Court’s decision.

But Justice Anthony Kennedy wrote something in his opinion that has everyone wondering what’s next for Quill and sales tax nexus. He said:

“It is unwise to delay any longer a reconsideration of the court’s holding in Quill. A case questionable even when decided, Quill now harms states to a degree far greater than could have been anticipated earlier.”

This remark could open up the Quill decision for further examination. Now instead of just following legislative changes in regard to sales tax, it looks like we should be keeping a close eye on our judicial system as well. Does this mean the concept of “sales tax nexus” as established in Quill will change as we know it?

To read more on this story, check out the New York Times or TaxJar on Quill v. North Dakota. Do you have questions or comments? Start the conversation below.